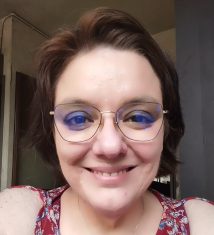 From 2008 to 2011 she joined the Centro Europeo di Ricerca sul Cervello (CERC) – Fondazione Santa Lucia in Rome as a Master scientist in Neuroanatomy laboratory, focusing on Huntington’s Disease and pharmacology therapies.

From 2011 to 2015 she performed her PhD in the Pharmacology Laboratory in School of Medicine at the Western Sydney University (former University of Western Sydney), Sydney, Australia. During her Phd she focused on highlighting novel neuroprotective mechanism against the hydrogen peroxide cell death, related to inflammation in the brain.

From 2015 she collaborates with Dr. Antonio Lauto at the School of Science & Health (Western Sydney University). The project focuses on the nerve regeneration by using electric stimulation on the nerve lesion site.

From 2017 to 2018 she collaborated with the Neuroanatomy laboratory, in CERC, Rome.

In 2021 she joined the Neuroscience Institute of The National Council of Research (CNR), in Milan, Italy. Main target of the project was Autism and possible therapies.

From July 2022 she joined the Experimental Neurology Unit, School of Medicine and Surgery, University of Milano-Bicocca.